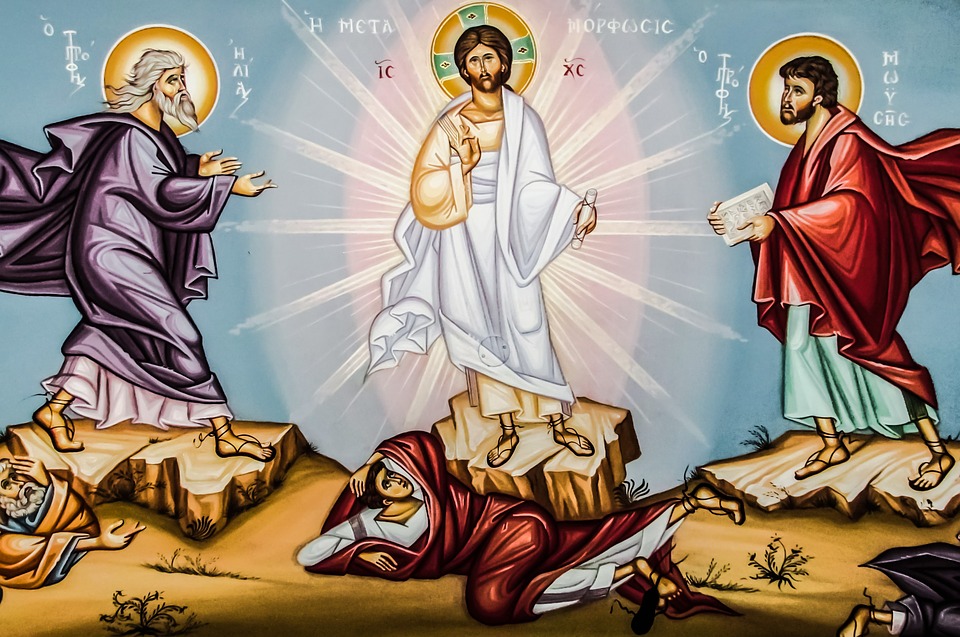 Mark 9:2-9 And after six days Jesus took with him Peter and James and John, and led them up a high mountain by themselves. And he was transfigured before them, 3 and his clothes became radiant, intensely white, as no one on earth could bleach them. 4 And there appeared to them Elijah with Moses, and they were talking with Jesus. 5 And Peter said to Jesus, "Rabbi, it is good that we are here. Let us make three tents, one for you and one for Moses and one for Elijah." 6 For he did not know what to say, for they were terrified. 7 And a cloud overshadowed them, and a voice came out of the cloud, "This is my beloved Son; listen to him." 8 And suddenly, looking around, they no longer saw anyone with them but Jesus only. 9 And as they were coming down the mountain, he charged them to tell no one what they had seen, until the Son of Man had risen from the dead.

« The Prophet like Moses: Jesus Christ Keep Your Eyes on Jesus: He is our Security »