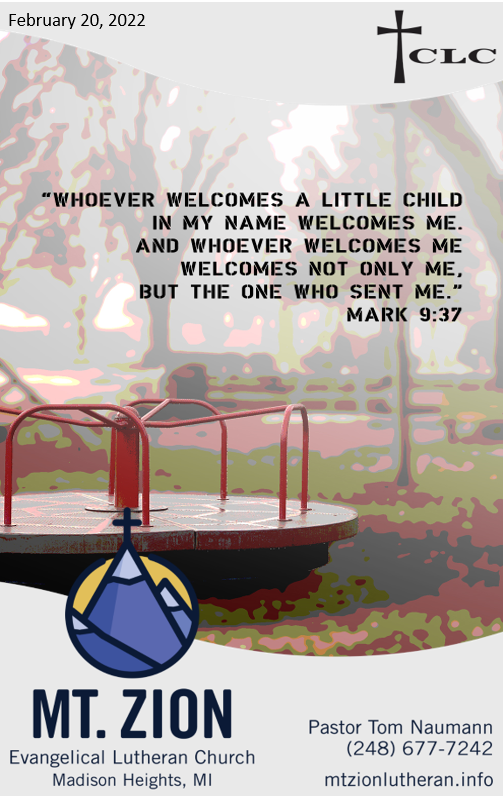 They went on from there and passed through Galilee. And he did not want anyone to know, 31 for he was teaching his disciples, saying to them, "The Son of Man is going to be delivered into the hands of men, and they will kill him. And when he is killed, after three days he will rise." 32 But they did not understand the saying, and were afraid to ask him. 33 And they came to Capernaum. And when he was in the house he asked them, "What were you discussing on the way?" 34 But they kept silent, for on the way they had argued with one another about who was the greatest. 35 And he sat down and called the twelve. And he said to them, "If anyone would be first, he must be last of all and servant of all." 36 And he took a child and put him in the midst of them, and taking him in his arms, he said to them, 37 "Whoever receives one such child in my name receives me, and whoever receives me, receives not me but him who sent me."

I. An education in the greatness of His service for us

II. An education in the greatness our service for others