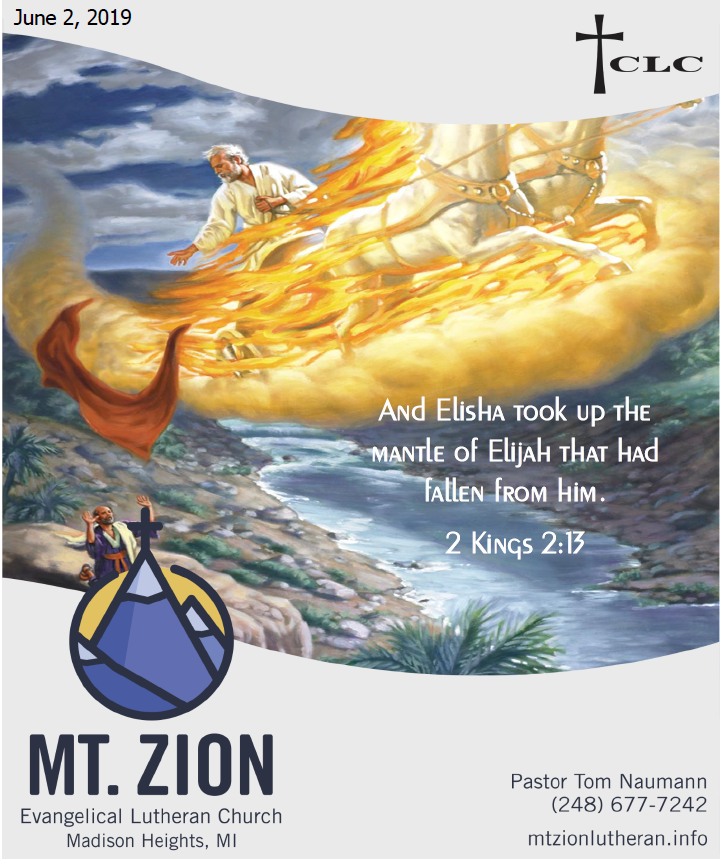 The sons of the prophets who were at Jericho drew near to Elisha and said to him, "Do you know that today the LORD will take away your master from over you?" And he answered, "Yes, I know it; keep quiet." 6 Then Elijah said to him, "Please stay here, for the LORD has sent me to the Jordan." But he said, "As the LORD lives, and as you yourself live, I will not leave you." So the two of them went on. 7 Fifty men of the sons of the prophets also went and stood at some distance from them, as they both were standing by the Jordan. 8 Then Elijah took his mantle and rolled it up and struck the water, and the water was parted to the one side and to the other, till the two of them could go over on dry ground.

9 When they had crossed, Elijah said to Elisha, "Ask what I shall do for you, before I am taken from you." And Elisha said, "Please let there be a double portion of your spirit on me." 10 And he said, "You have asked a hard thing; yet, if you see me as I am being taken from you, it shall be so for you, but if you do not see me, it shall not be so." 11 And as they still went on and talked, behold, chariots of fire and horses of fire separated the two of them. And Elijah went up by a whirlwind into heaven. 12 And Elisha saw it and he cried, "My father, my father! The chariots of Israel and its horsemen!" And he saw him no more.

I. Leave behind the amateur’s uncertainty

II. Be filled with the Master’s spirit

« Christians are Welcome to Pure Religion Have No Fear! The LORD is Here! »