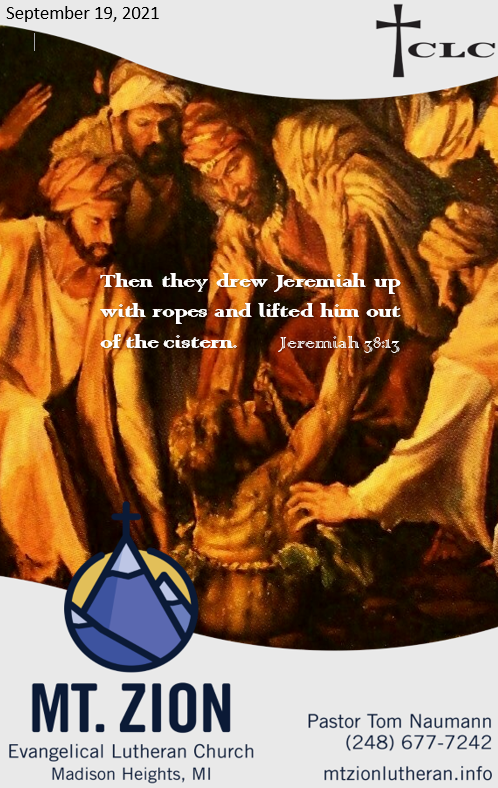 Now Shephatiah the son of Mattan, Gedaliah the son of Pashhur, Jucal the son of Shelemiah, and Pashhur the son of Malchiah heard the words that Jeremiah was saying to all the people, 2 "Thus says the LORD: He who stays in this city shall die by the sword, by famine, and by pestilence, but he who goes out to the Chaldeans shall live. He shall have his life as a prize of war, and live. 3 Thus says the LORD: This city shall surely be given into the hand of the army of the king of Babylon and be taken." 4 Then the officials said to the king, "Let this man be put to death, for he is weakening the hands of the soldiers who are left in this city, and the hands of all the people, by speaking such words to them. For this man is not seeking the welfare of this people, but their harm." 5 King Zedekiah said, "Behold, he is in your hands, for the king can do nothing against you." 6 So they took Jeremiah and cast him into the cistern of Malchiah, the king's son, which was in the court of the guard, letting Jeremiah down by ropes. And there was no water in the cistern, but only mud, and Jeremiah sank in the mud.

Theme: THE LORD PULLS YOU OUT OF THE MUD