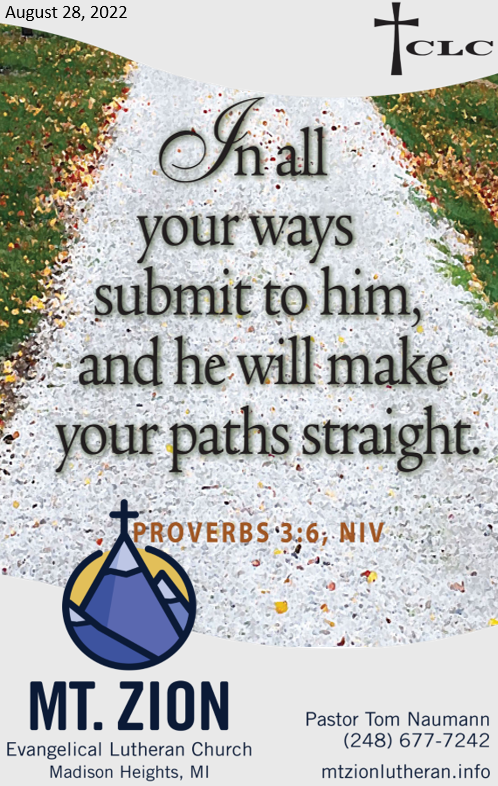 7 "Thus says the LORD of hosts: Consider your ways. 8 Go up to the hills and bring wood and build the house, that I may take pleasure in it and that I may be glorified, says the LORD. 9 You looked for much, and behold, it came to little. And when you brought it home, I blew it away. Why? declares the LORD of hosts. Because of my house that lies in ruins, while each of you busies himself with his own house. 10 Therefore the heavens above you have withheld the dew, and the earth has withheld its produce. 11 And I have called for a drought on the land and the hills, on the grain, the new wine, the oil, on what the ground brings forth, on man and beast, and on all their labors."

Theme: ARE YOU LOST? CONSIDER YOUR WAYS…

I. Me-first is a beltway of misery

II. God-first is a highway to peace